When you are a child, everything seems fascinating, almost everything is magical because you don’t know the boundaries of what you have to discover yet.

Every discovery you make as a child is a unique experience, but a particular experience marked me for life.

First, a little bit context. I was about 9 years old. We were a little happy family living in a modest appartment at Düzce in Turkey. My father was a primary school teacher, but he had a strong interest in electronics. He could cover the table in the living room with lots of electronic components like transistors, resistors, leds, wires, diodes, capacitors, and spend the entire week-end playing with those. Today I know he was hacking AM receivers to receive other frequencies than they were intented to.

At the time I didn’t know what he was actually doing. Of course, as you can imagine, as a little boy, that piqued my interest. As a kid growing in the 80’s popular culture, I often asked him if we can build a robot with those components. In order to keep me busy and leave him alone with his own projects, he taught me some basic things.

That wasn’t yet the crazy discovery moment of my life. But, even with that I could design lots of things. I quickly began to play with buttons that activated lamps and motors. I didn’t have legos technics or whatever, but I combined them with regular legos to create what I thought were video players, tv’s, car dashboards, well, at least.. in a little boy’s eyes.

“Designs” I made followed basically those schemes : 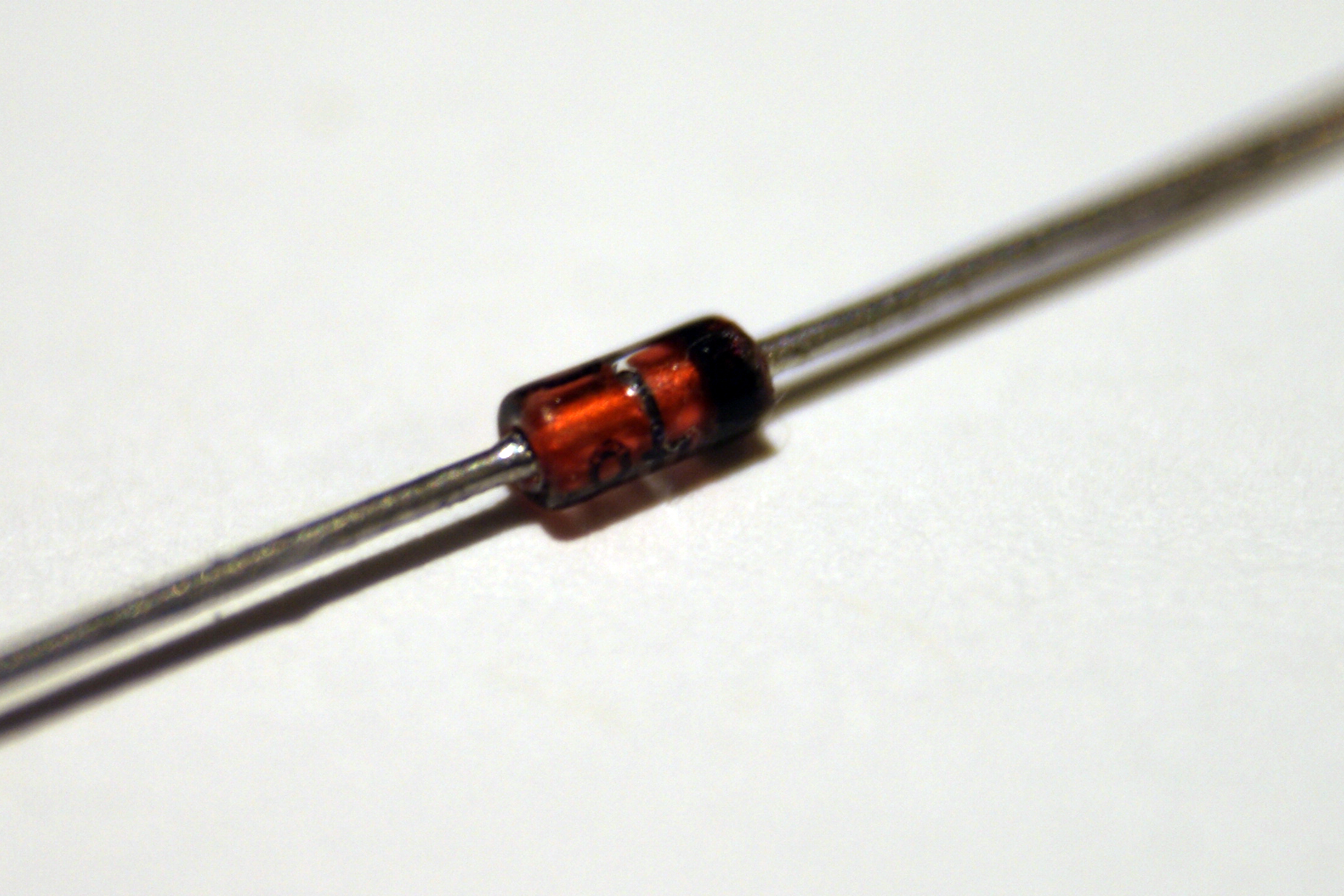 One day, among my father’s stuff, I saw some resistors that look different. When I asked him, he told me that they are called “diodes”. What are they?? He told me that current can pass through them only in one direction. I remember being very surprised by this behaviour. How was that even possible?… Years later I will have learnt that it’s thanks to quantum physics in semiconductors.

I asked him who in hell would even want that. He didn’t answer.

Few months later, I wanted to design something with what was now my favorite toys. I wanted to have three buttons such that :

But I was stuck. If the current goes by one component, it would also go by the other. It was unavoidable.

Unless… I use those diodes !

I thought I could “trick” the current so it can’t pass through one of the components by using diodes. So I basically wired this scheme : 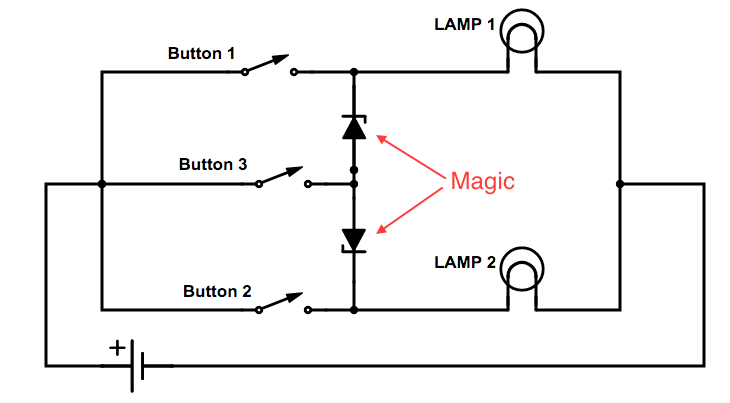 and.. EUREKA ! It worked as expected!

I think I cried a few tears when I saw it working. I still remember the joy I had this day. As of today, this is probably still my best problem solving experience.

When I try to analyse why this experience marked me so much I note some points:

I don’t claim I was a genius, I am pretty sure that any kid of that age can come to this solution if he/she is exposed to the same context.

This is probably the experience that made me understand that one can use abstraction to solve concrete problems, and that defined the rest of my life.

Today, I am about to be a father myself. I am trying to understand what happened there in order to extract a pattern from this experiment.

Can we use the almost infinite curiosity of a child to show him he can solve a concrete problem by himself?

None of this could ever happened to me if my father:

It looks like there is a hardly stable equilibrium between what to show and what to let kids discover by themselves. We should first awake the curiosity and teach just enough to help them solve a simple problem.

The same pattern was observed by Neil Fraser. In this excellent article he explains how he managed to give programming skills to Vietnamese children to a level comparable to professional adults.

Even nowadays, my dad and I occupy the balcony table in sunny spring days with electronic stuff to remember those days. Somehow, there is less magic in playing with Arduino and Raspberry pi than simple diodes. 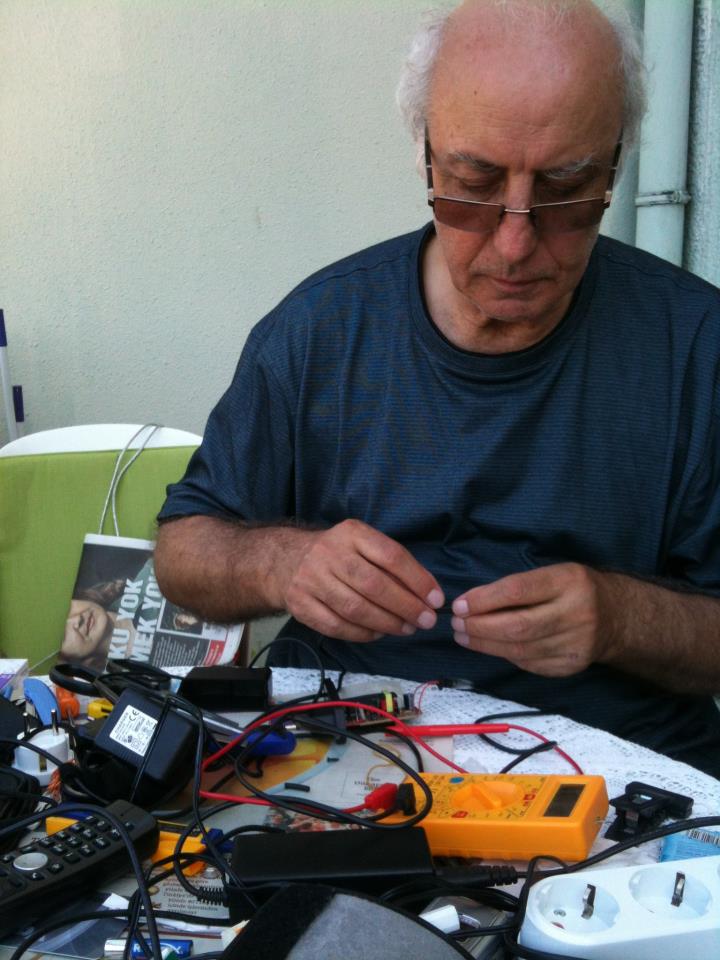