Have you ever been to Grenoble? It’s a beautiful city in France, surrounded by mountains. I was a student in this city and I couldn’t help but recognize its unique geography when I flew over it a few months ago. 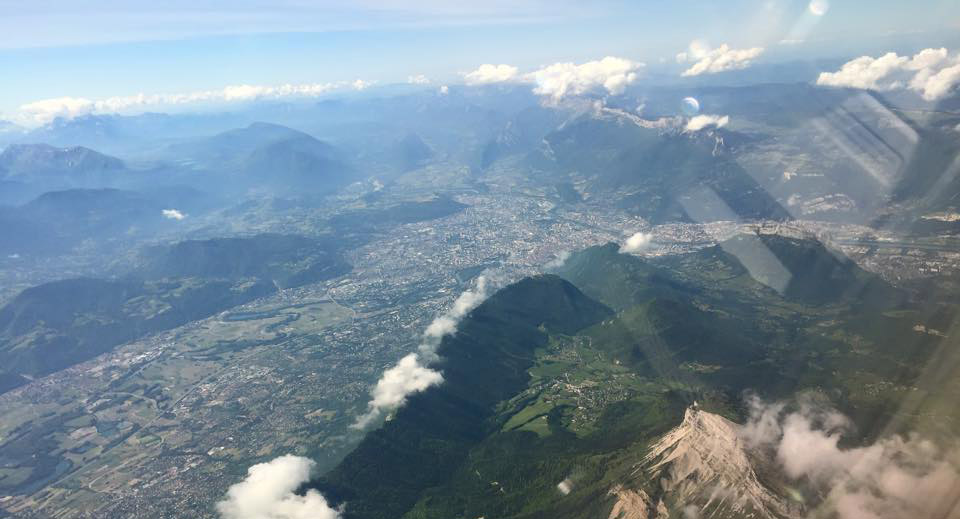 There are lots of scientists and/or hiking lovers living there.

What about the transportation? Well, when I was living there, the public transportation company made a huge investment to convert a bus line into a tramway line. At the time, there were already two tram lines, namely A and B. They spent millions of euros to remove the bus line, and replace it by a new tramway line, you guessed it, the C line.

But… was it worth it? 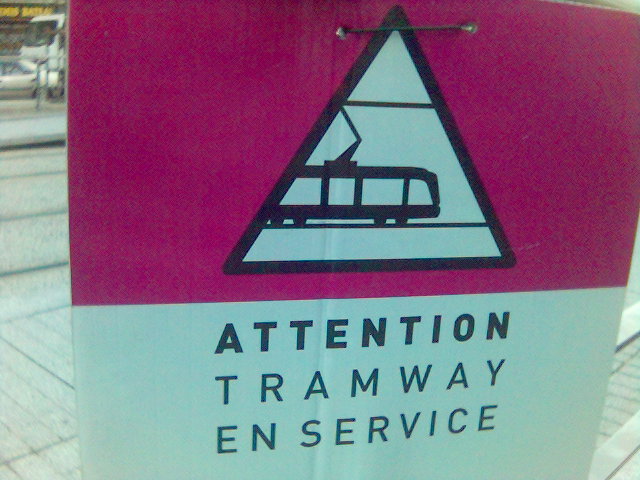 The B line and the new C line went to the campus. The public transport company claimed that:

So the C line was supposed to be just a little bit less frequent than the B line.

But almost every time I was waiting for the C line to go back home from the campus, I observed more than 2 B’s passing by before a C comes. But the B line was not supposed to be twice as frequent! It looked like the public transport company was fooling us. That led me to the question :

What is the probability of observing the arrival of at least 2 B’s before a C ?

We can figure it out with simple math. 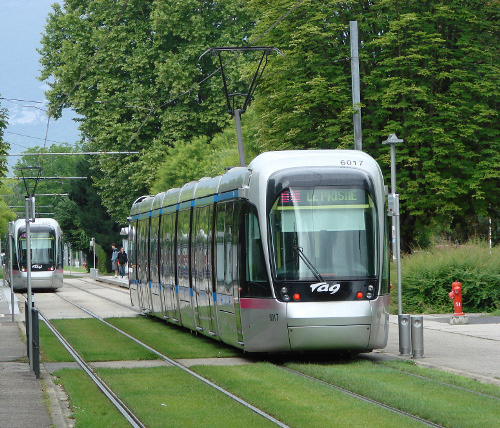 The company claims that $\lambda_B$ and $\lambda_C$ are constant (at least a big part of the day that includes when we made the observations) so we can assume a stationary increment property for the tramway arrival process.

We can modelize this as a Poisson process. I am not going to go into any details here, but all we need to know for now is that, if we note $N_t$ the number of B’s that arrived at time $t$, the probability of observing $k$ tramways of the B line is given by :

It also implies that the waiting time for a C line, noted $T_C$, follows an exponential distribution :

All we need to do after that is to plug these two distributions.

So we are looking for :

We need to compute $P ( N_{T_c} = k )$ for every value $T_c$ can take, weighted by its probability. This is the expectation with respect to the random variable $T_c$. Let $P_k$ be this expectation :

$P_k$ is the probability that the number of B’s arrived before a C is equal to $k$.

So, “the probability of observing the arrival of at least 2 B’s before a C” is given by :

So, are they lying?

The answer : The probability of seeing more than 2 B’s before a C coming is 34%

Hmm. That seems too low compared to what I observed. Let’s go further.

What we know for now is that we have observed many times an event that only has a 34% probability of happening. So it looks like the arrival rate of the brand new tramway line is much less than what they claim.

In order to see if they are really lying, we need to think in reverse: given our observation, what arrival rate is the most likely?

To simplify the reading, let’s note $\theta$ the ratio $ \lambda_c/\lambda_b $, so we finally have:

Let’s go to the tram station every day, and note how many B’s arrived before a C. We will note $M_i$ the value of the $i$-th observation. If we suppose each observation is independent, the probability to have this sequence of observation is:

I counted how many B’s arrived before a C and got this :

The line C has an arrival rate of one every 10 minutes 42 seconds, and not one every 7 minutes as claimed.

Nothing. What could I have done instead of all this calculus? (Except “getting a life”… {audience laughing})

I could have waited to measure the waiting time for each tramway line independently. What I measured below gives us the ratio of the arrival rates, and the ratio only gives us, well, the ratio. It could be simply true that C has 7 minutes expected waiting time as claimed, and B has only $\frac{7}{2.14} \simeq 3 \text{ min } 16 \text{ sec }$.

But this method is still interesting because it allows you to have an information about duration:

In my case, it prevented from waiting for a while at the station, and allowed me to come back home and work on a heart broken compiler. But that’s another story. Stay tuned.